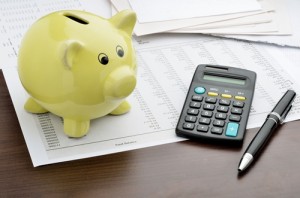 The Wall Street Journal pointed out that lack of funds and research are common problems that trip up first-time franchisees. While extremely popular brands like McDonald's and Wendy's require over a million dollars to sign over a franchise unit, there are several well-known franchise restaurants working with investors for a fraction of that cost. The following franchises offer widespread brand recognition at a cost that investors with a simple small business loan could afford.

Subway units flexible and affordable
The secret to Subway's success as the most expansive restaurant franchise on the the globe is its core concept. Subway sandwiches are accepted as being healthier than fast food, drawing in health-conscious Americans who are still in need of quick-service convenience, according to Yahoo! Finance. Subway's straightforward assembly line is also quite easy to set up in a wide variety of locales, making it easy to open a Subway franchise nearly anywhere. But the most appealing part of owning a Subway franchise is the ridiculously low start up costs. Any investor capable of paying the $15,000 franchise fee and assembling startup costs between $85,000 and $260,000 will be able to afford a franchise.

Bruegger's does breakfast and lunch
Many restaurant owners and employees do not get the benefit of a traditional daily schedule. This is not true for Bruegger's, however, because the franchise's breakfast and lunch menu primarily targets consumers during or just before their working hours, said QSR. The bagel shop is also well known for the priority it places on satisfied employees and good relationships with franchisees. These benefits, along with the franchise's accessible franchise fee of $30,000, make the bagel chain an attractive possibility for first-time food business owners. Total start up costs will range from $360,000 to $450,000.

Cooking steak burgers to order at Freddy's
One of the most important benefits of the franchise system is the education that franchisees receive prior to starting new businesses. At Freddy's, for example, investors will get extensive training and benefit from the company's willingness to put more money in the hands of franchisees. Those who choose to sling shakes and steak burgers for Freddy's will also find that the company is fond of forwarding to franchise owners the funds raised from incentives and rebates, according to QSR. Though only operating in 20 states, Freddy's serves as a viable alternative to more established better-burger brands like Smashburger, thanks to its great food and friendly, thematic interior. The franchisee fee for the restaurant is just $25,000, with total startup costs starting at $395,000.

Dickey's is a sweet opportunity
The nation's fastest-growing BBQ franchise is also one of the most affordable, said QSR. With a franchise fee of only $15,000 and minimum startup costs under $70,000, the restaurant should be a serious consideration for any entrepreneur. Dickey's concept, like Subway's, is also quite versatile. Dickey's units include convenience stores, food courts and train stations. These low costs, along with Dickey's value-driven BBQ menu, make the brand a great choice for franchisees with a love for meat and hickory smoke.