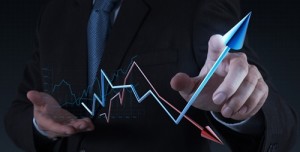 Franchise stores make up a significant percentage of the quick-service industry's locations. Several franchise chains, like Burger King, depend heavily on the franchising model and operate only a small percentage of the total stores utilizing their brand. The success of the quick-service food franchise is not only a benefit for franchisors and franchisees – the American economy has enjoyed more jobs and increased consumer spending over the past few months thanks to quick-service food franchises. Prospective entrepreneurs can learn more about the growth opportunities in this industry by researching the latest market trends.

Quick-service industry sees strong sales in October
A survey performed by NRN-Miller Pulse showed that the quick-service industry enjoyed a very profitable October. The growth factor that showed the most change was same-store sales, which increased by 3 percent. Given how many quick-service industries are part of the franchise model, much of this growth can be attributed to moves made by franchise brands. Wendy's, for instance, has focused heavily on designing enticing limited-time offers to keep customers coming back. The report also suggested that the nation's declining gas prices may also be encouraging consumers to eat out more often, including trips to the drive-thru.

Sector continues to add jobs in November
With sales on the rise, it's no surprise that hiring in fast food franchises is increasing as well. According to data collected by the ADP Research Institute, the franchise industry added 25,000 jobs to the American economy across the board in November . Food retailers were responsible for over 11,000 of those hires, reflecting how rapid expansion in the quick-service industry can help the entire nation. The growth also reveals the food franchise's ability to remain profitable despite a wide range of economic pressures.

Franchisees opening their first store will need to hire several employees from their local community, allowing them to make an immediate impact on the neighborhoods surrounding the store before the first day of business. In fact, the opportunity to improve local economies is one of the very perks that draw investors into the franchising model in the first place. As franchisees become more successful, many continue to give back to the community by investing in multiple units. Franchisees also become leaders in their community after supporting customers through fundraisers and charity events.

Franchise model encourages expansion
There are several elements of the franchise model that encourage job growth across the nation. First, businesses often encourage franchisees to sign multi-unit agreements from the beginning – by signing one of these deals, can instantly add hundreds of jobs to a single community or to neighborhoods in multiple cities. Franchisors provide new store owners with multifaceted training for running their new businesses and often provide resources for finding sources of financing. By eliminating these hurdles from the process of opening a restaurant, the franchise model naturally fosters entrepreneurship.