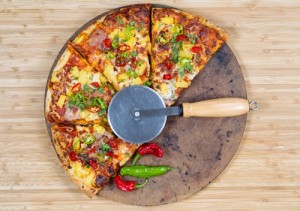 Few stories typify the American Dream quite like an employee rising up the ranks to become a business owner. The story often plays out for food franchise employees, a pattern that reflects both the simplicity of running a business under the franchise model and how food franchisors put driven entrepreneurs in a position to open profitable businesses. Taking a look at how food franchise employees have come to own their own stores shows how anyone, whether a current employee or prospective investor, can start a new career by partnering with a popular franchise brand.

Learning the model by doing
One reason franchise employees find success as owners is because of their firsthand experience with the business model. Having lived and breathed the foundation of the business, former employees enjoy a special insight into the nuances of what makes a food franchise business run smoothly. Former employees are also better able to relate to their employees, and this quick relationship building is integral for strengthening a team of workers from the get-go. Successful food franchise employees also learn the discipline and patience necessary to manage a store through adversity. Employees turned owners can speak from experience about the strengths of the franchise model, and they can use this first hand perspective to establish a clear direction for the business in early stages.

Potential franchisees receive support
In some cases, franchises provide direct training for employees interested in becoming owners. For example, Domino's offers a franchise management course to all managers who have held their positions for over a year, according to CNN. Rob Cookston, a manager for five years after working as a delivery driver, enrolled in the program shortly after becoming a store manager. He opened his own store with a loan from his parents in the mid-'90s. Today, the one-time driver is now owner of 18 franchises and enjoys a comfortable lifestyle with his wife and two kids. Cookston has gone on to support seven of his own drivers in becoming store managers, and this cycle of paying it forward is part of what makes the franchise model so successful.

Franchisors ease the transition
More recently, determined entrepreneur Dulce Luevano rose up the ranks at CiCi's Pizza, said Entrepreneur. She started working at the chain in 2003 at the age of 16, became general manager in two years and opened her own store before turning 30. She credits the franchise's support system and advertising team for her store's success, nothing that her franchisor never left her without new resources for driving sales and bringing in new customers. This extra support from the brand is what draws many entrepreneurs to become food franchise business owners in the first place. Former employees have greater perspective on how to effectively implement resources provided by the franchisor, another advantage that goes a long way when running a successful business.